At the March 2017 Town Meeting, the Town of Warner approved the installation of a solar PV system to offset Town electrical usage. The system was installed on land at the Department of Public Works and the Transfer Station. Clearing and construction began in May 2017. Construction was completed the middle of October 2017 and was connected to the electric grid on October 20, 2017.

Live stats and historical data can be viewed on-line. 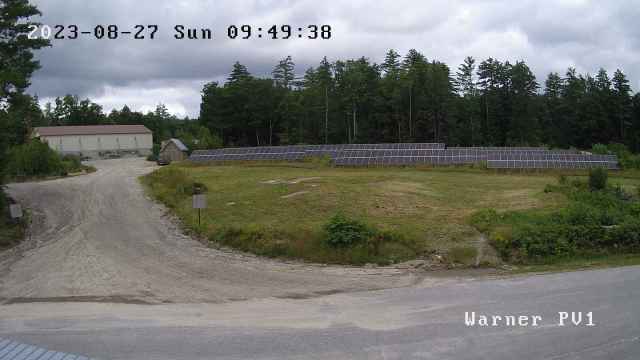 The District installed a solar electric system that was completed in June of 2016. The system has 380 American-made SolarWorld SW300 300-watt solar panels organized as 10 sub-arrays connected to 5 SolarEdge SE20K inverters, and mounted on Schletter FS racking. The maximum power of the system is 114-KW. The estimated annual production is 142 mWh.

In it's first full twelve months of operation, the system generated about 135 mWh. A review of electricity costs between 2015 (before solar) and 2017 (after a year of electrical production) shows a net annual saving of $2,983. Ref: WVWD Minutes 10/23/17

Live stats and historical data can be viewed on-line.